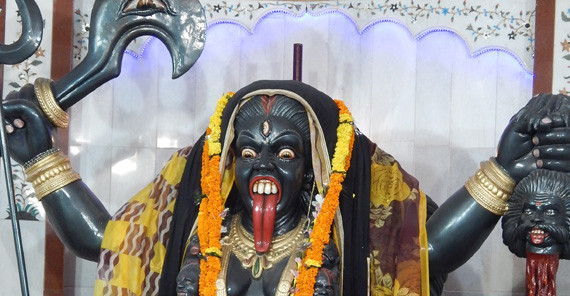 Hindu mythology states Bhairav Nath, a selfish demon, chased a young girl Vaishno Devi, who was none other than the incarnation of the Mother Goddess. In order to escape from the demon, Devi shot an arrow into the Earth from which water gushed out and then found a shelter under a cave. When Bhairav located her, Devi was compelled to take the