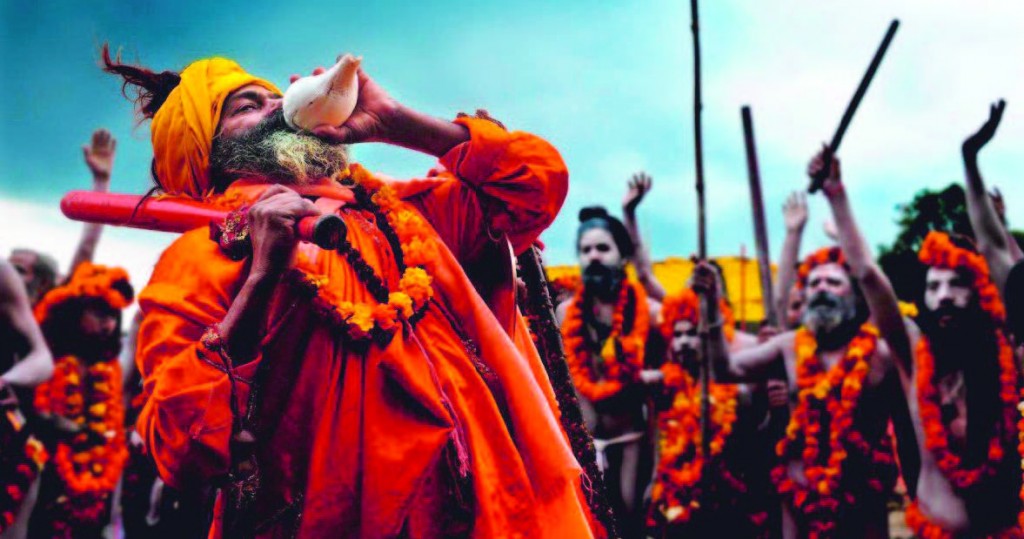 India. The name derives from the fact that it is held when the Jupiter is in Leo (Simha in Hindu astrology). According to Hindu mythology, Kumbh Melas was originated after Samudra Manthan or ‘churning of the ocean’. Gods and demons competed fiercely in the churning in search of the divine nectar of immortality. During this epic battle to capture the Urn (Kumbh) containing the nectar, drops of the precious liquid fell on four places – Haridwar, Prayag (Allahabad), Nashik and Ujjain. Hence, river Kshipra became the enhancer of life and to celebrate this event since then the grand festival came in vogue. Kumbh Mela, is held once every twelve years at these four places and attracts millions of devotees.

The Ujjain Kumbh is celebrated when Jupiter ascends into sun sign Leo’s quarter or the Simha constellation of zodiac, which is why it is called ‘Simhastha’. The Simhastha is special in Ujjain as it is the seat of divine Mahakal – the Lord of all times. The ritual of bathing in the holy waters of Kshipra begins on the full moon day of the Hindu month of Chaitra (March-April) and continues on various dates until the full moon shows up in the following month of Vaishakha.