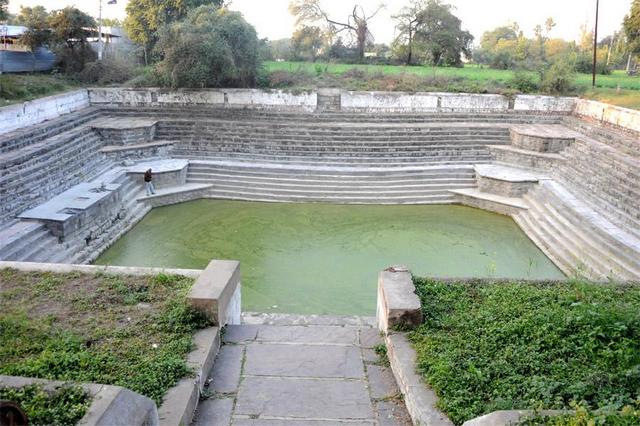 Gomti Kund is the legendary place where Lord Krishna believed to have summoned the holy rivers from all the pilgrim centres so that his old Guru can peacefully do all the rituals. Gomti Kund is a steeped water tank, which situates near to the Sandipani Ashram.

Sandipani ashram bears references in the Vedas and Puranas and excavations held here revealed 3,000 years old painted artifacts, which show that this was a significant place from ancient days. Remnants of excavation show a close resemblance to the articles unearthed from Hastinapura, Indraprastha, Mathura and Kausambi. One among the oldest holy spot, Gomati Kund is the perennial source of water supply to the Ashram.