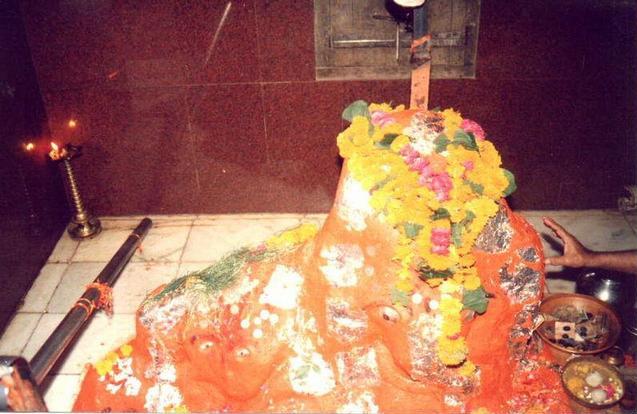 Chintaman Ganesh temple is built across the Kshipra river on the Fatehabad railway line. The Ganesh idol enshrined here is supposed to be swayambhu “born of itself”. It is believed to be of considerable antiquity. Riddhi and Siddhi, the consorts of Ganesha, are seated on either side of Ganesha. The artistically carved pillars in the assembly hall date back to the Parmar period. Worshippers throng to this temple because the deity here is traditionally known as Chintaharan Ganesh meaning “the assurer of freedom from worldly anxieties”.

The temple finds mention in ‘Prabandha Chintamani’ treatise. The mandapa and the garbhagriha have a granite shikhar over domed roof. The temple sits in premises protected with a fortification wall with an entrance gate. The temple, which was of Parmara times originally, was reconstructed during Maratha period. It consists of pradakshina patha and mandapa constructed out of artistically carved sandstone pillars in the assembly hall date back to the Paramara period.